The problems small manufacturers are facing in South East Asia.

We know the facts: 1. Independent Brands is the fastest growing sector in the fashion industry 2. There are close to 12 million craftsmen in South East Asia. And we also know that the Independent Brands are seeing a very high failure rate with manufacturing as one of the biggest reasons why they fail. So why is this the case? We have a demand, and we have supplies, so why not just connect both ends? Well, it is not as straightforward as that and these are some of the reasons why.

One of the most obvious reasons why a small scale sneaker manufacturer in say Samut Prakarn, Thailand is not able to work with an Independent Brand in Belgium, would be the language. Up to 95% of the independent makers have no means to communicate with brand owners from places like the United States, Uk or Europe. The other barrier is the communication tools such as computers with wifi connections to not only converse but to convey the messages clearly to complete a project. But even before all these, accessibility in the case of South East Asia is exactly as the word describes it to be. Real, actual access to the Makers. For example, many of these small scale shoe and sneaker manufacturers maybe located in very remote areas outside of big cities like Bangkok, where unless you know someone who knows how to get there, it is very difficult to locate them even if you are a local, let alone a brand owner from another country.

So say now you are finally able to find someone who is able to bring you to the right place where you are able to meet with the Independent sneaker manufacturer, you will very quickly then see that locating them is just a small part of your woes. You will very quickly realised that many of these manufacturers do not have the right equipment needed to produce products at the quality you are looking for.

One of the problems with Independent Makers is exactly that. They are independent. Everyone is working Independently and separate with their own systems, tools and practices and with it many inefficiencies. For example if you were to take a trip to the Cibaduyut area in Bandung, West Java you would easily find a concentration of shoes and sneaker manufacturers, with up to as many as 20 to 30 workshops in one area. If you were to talk to each individual head craftsman of the different workshops with the purpose of working with them for your sneaker manufacturing, then once more the issues would become very apparent very quickly. Every workshop would have different machines, and everyone would have their own practices that were not taught in school but rather passed down by an older relative or mentor. In short it is almost impossible to create a standardized approach to manufacturing. Every time you decide to work with a workshop, it is back to square one and the quality becomes a question mark all over again. So while it is possible to work with these sneaker manufacturers if you are an Independent Brand directly coming into contact, and closely working with them to oversee the quality control, it is almost impossible to do so if you are a brand working remotely.

are we still able to work with these manufacturers?

While it may sound like the possibilities of working with small scale manufacturers from South East Asia are rather bleak, it is not something that’s never been done successfully before. In fact this model of working with Independent Manufacturers was and is still the basis of a successful model adopted by Harris Tweed since the 18th century. And if you were to compare, really the only difference is that in the case of Harris Tweed, there is another party coming into the picture: Harris Tweed itself. The Harris Tweed authority then becomes the entity overseeing the production from the direction to the quality control and the final approval stamp of approval for the tweeds produced by the Independent Weavers. And it is in studying this model that we feel is where the solution for working with Independent Manufacturers in South East Asia lies, and will be writing on in our next post. 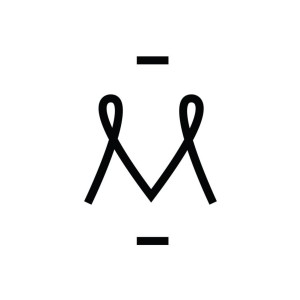